Representative Patrick McHenry, a Republican from North Carolina, is set to deliver the Crowdfund Global Expo Keynote at next week’s event in San Diego. The legislator who has been a persistent champion of crowdfunding will be addressing the proposed rules regarding aspects of the JOBS Act.   The conference is being organized by Coastal Shows and is scheduled to take place on January 30th and 31st.

“Congressman McHenry introduced the 2011 primary legislation to legalize equity crowdfunding in the United States and is one of the foremost experts on this game-changing movement,” said Andrea Downs, CEO and Founder of Coastal Shows. “His insight will provide another educational component to this already valuable conference lineup.” 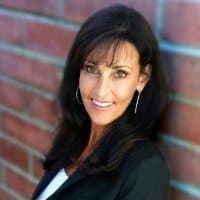 In addition to Rep. McHenry’s keynote, the conference will also feature a State of the Crowdfinance Industry Q1 2014 Press Briefing. At this briefing, Dr. Richard Swart, the Director of Research at the Program for Innovation in Entrepreneurial Finance at UC Berkeley, will release new data, statistics and predictions regarding the peer-to-peer and investment crowdfunding markets.

“Our recent research conducted in the United States, United Kingdom and Europe shows the incredible impact that successful crowdfunding has on businesses,” Dr. Swart said. “It opens the doors to other forms of investing and loans and leads to significant increases in revenues. The debate about whether crowdfunded companies can co-exist with angels and venture capitalists is over – crowdfunding is the onramp to future funding and loans.”

Industry panelists from a variety of crowdfunding initiatives, including private equity, debt and real estate professionals, will also be on-hand to lend their opinions throughout the conference and at the press briefing, and serve as expert sources. Some of those speakers include:

The industry saw over $2.2 billion in transactions filed within months of the October implementation of Title II of the JOBS Act, which lifted the ban on general solicitation. With the pending passing of Title III, which allows unaccredited “retail” investors to also participate in the market, this number is expected to increase.

The event is being co-sponsored by Crowdfund Intermediary Regulatory Advocates (CFIRA) among others.  The official hashtag for the event is #Crowdfund2014.