A team of people within publicly traded company Marvell, has launched a crowdfunding campaign on Indiegogo.  The Kinoma Create campaign, a “javascript internet of things project”, immediately surpassed their $10,00o goal and stands just shy of $20,000 today.  The group organizing the project on Indiegogo are self-described as passionate product people at the semiconductor giant Marvell.  Kinoma Create is designed to make powerful hardware — combined with the best development software — available to everyone from first-time makers to professional product designers. 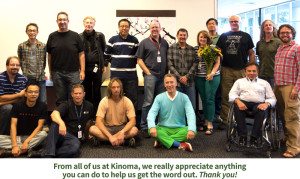 In a backers update the Kinoma team shared their excitement;

We announced our Kinoma Create campaign to the world yesterday.

And thanks to you—our early Creators, and in many cases friends—we’ve blown past our 40-day project goal.

Our team is at SXSW in Austin, and it’s been amazing to witness the reaction to Kinoma Create. We’ve been talking to Creators of all kinds, from makers, to professional designers, to front-end and back-end web developers who are itching to start making “things”. And the response has been as positive as we could’ve possibly hoped.

As SXSW winds down, you’ll be hearing lots more from us. 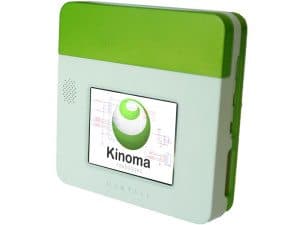 Some early-adopters of  projects include:

Cowboys (Toronto) – Interactive game that tests the strength, intelligence and social media skills of players, as well as how much they’ve had to drink.

Reassuring Box (Tokyo) – Home monitoring system that gives piece of mind before leaving the house or going to sleep. 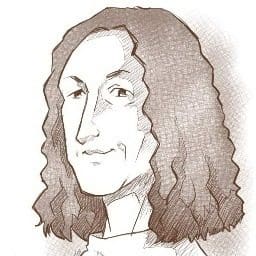 “Product engineers have been working on fragile development boards with complex embedded tools for too long. It’s time for a change. Kinoma Create is the next wave of hardware for developing consumer electronics,” commented Peter Hoddie, Marvell’s Kinoma VP. “We’ve rethought the developer experience from the outside in. Innovations in Kinoma Create’s case are just a hint at the software innovations inside. We’re launching Kinoma Create to help software developers, makers, and product prototypers bring their ideas to life.”

Kinoma Create is currently being featured at SXSW 2014 in Marvell’s booth on the tradeshow floor.