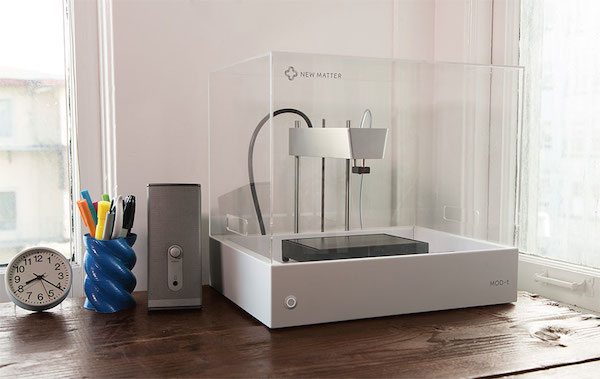 Just five more days until its crowdfunding campaign on Indiegogo closes, New Matter’s MOD-t 3D printer has nearly $600,000 dollars from close to 3200 backers.  The project launched on the crowdfunding giant last month and raised $180,000 within the first day. 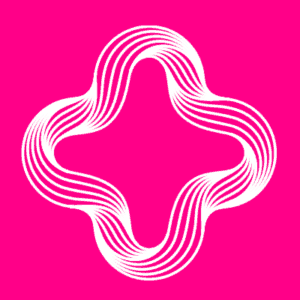 As previously reported, co-founder and president of New Matter Steve Schelle stated, “We’re entering an exciting time where more and more people are being inspired by the possibilities of using 3D printing customize the world around them. To truly make 3D accessible to everyone, we had to create a unified hardware and software experience that encourages people to explore and share their creations.

In order to bring MOD-t to the market, New Matter partnered with frogVentures to create a cohesive, intuitive and satisfying user experience. frog’s interdisciplinary team of researchers, strategists, designers, and technologists have worked closely with New Matter to co-develop the company’s experience strategy and design – from branding and identify to design of the printer, marketplace and app. New Matter utilizes high-volume manufacturing processes in order to reduce the overall product cost of the MOD-t design. To further ensure a smooth path to production, the company has partnered with Dragon Innovation, which specializes in bringing hardware products to market and has worked on some of the most successful hardware, crowdfunding campaigns. After rigorous review and analysis, the MOD-t has earned the “Dragon Certified” designation, indicating the MOD-t is manufacturing-ready.

Aiming to reach stretch goals, the New Matter team took to the campaign’s website and wrote, “With the help of many amazing contributors, we were able to pass our funding goal on the second day of our campaign. As a thank you to our supporters, and in recoginition of some of the feedback we’ve been receiving so far, we decided to announce a number of stretch goals. 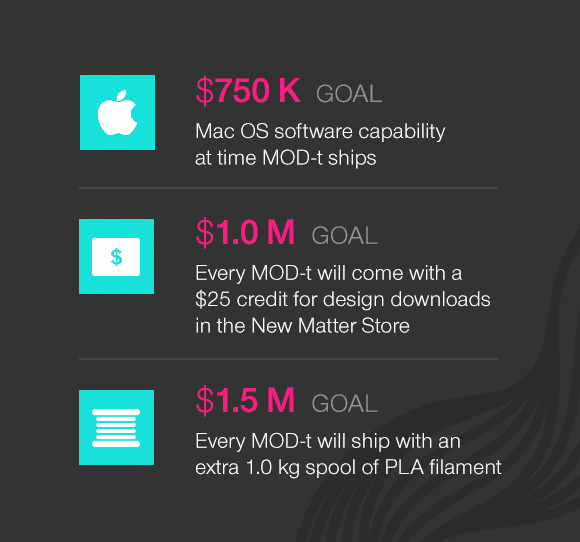 The team also announced that New Matter will have an online store for the MOD-t and noted, “It’s going to be unique for one big reason: you’ll be able to download (or buy) all kinds of new objects that’ll make 3D printing relevant to your life. The store will feature customizable models and limited edition items created by talented designers and artists. There’ll also be parts you can use to creatively repurpose every day objects in your house or office.

“To make the printing process foolproof, the designs in New Matter’s curated store will be specifically calibrated for our printer. That means great prints every time.”

The campaign is set to close on July 2nd.