There have been more than a few crowdfunding campaigns to help finance a brewery.  One of the largest equity crowdfunding campaigns ever was the Equity for Punks campaign that came from BrewDog in Scotland.  Well now the United States may have their very own iconic brewing campaign in the form of Stone Brewing company who is attempting to raise a sizable $1

million on Indiegogo.  The funds raised on this flexible funding campaign will be utilized to,

“expedite the construction of the restaurant and garden components of Stone’s new expansion projects: Stone Brewing Co. – Berlin and Stone Brewing Co. – “East of the Mississippi” (the exact location has yet to be determined, but will be soon). Each location will include a production brewery, packaging and distribution operations, farm-to-table restaurant, gardens, and retail store.”

Stone Brewing was founded in 1996 by Greg Koch and Steve Wagner.  The San Diego based brewery claims to be the 10th largest craft brewer in the United States.  Apparently the Beer Advocate has called the company the “All-time Top Brewery on Planet Earth” twice.

Koch stated about their new initiative;

“This is the era of the craft brewer.  This is our time, and this is our place. But we need our fans, and people who simply love and appreciate quality craft beer, to join us because this revolution isn’t about one person or one brewer. It’s about all of us. We’re going to make some amazing beers for those who join the fight—our Cross-Planetary Brewing Revolutionaries. And we’ll be doing it with some of our best friends in the industry. It’s a road less traveled, but that’s what we and our collaborators are all about. At Stone, we’ve been changing expectations and challenging the status quo for nearly 20 years. We welcome fans and are excited to have them join us in this new chapter, so they can be a part of the next phase of our quest for making the world safe for great craft beer.” 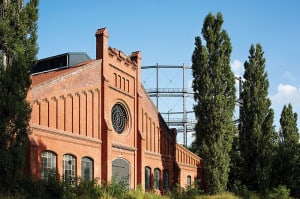 The Indiegogo campaign is described as the “worlds largest collaborative brewing project”.  The company has already secured a location in Berlin.  The building built in 1901 was previously a gasworks company.  Germany with their over 500 year old Reinheitsgebot or Beer Purity Law – is hallowed ground for serious beer drinkers.  This project will be one to watch as Stone Brewing brings American style craft brewing to the land of Oktoberfest.