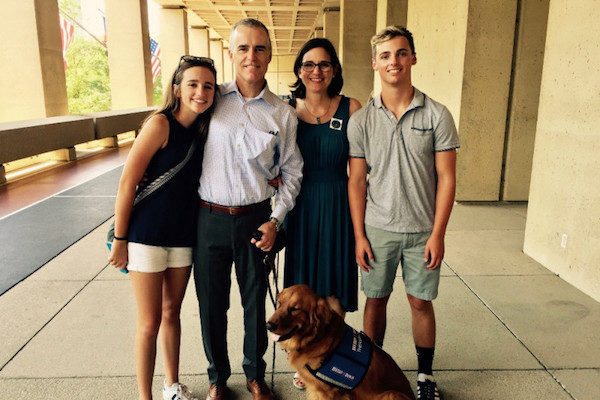 Following his infamous firing earlier this month, supporters of former FBI deputy, Andrew McCabe, have rallied to support him through a crowdfunding campaign on GoFundMe. The fundraiser, which was labeled the Andrew McCabe Legal Defense Fund, raised more than $400,000 less than 24 hours after its launch. Its description reads:

“Andrew McCabe’s FBI career was long, distinguished, and unblemished.  He embraced the most daunting, difficult, and important challenges that the FBI and the country could assign to him over the past 21 years.  He served the United States with courage and distinction in the days following the President’s summary dismissal of former Director James Comey, in one of the most tumultuous periods in the Bureau’s history. His reward for that has been a termination that was completely unjustified, amidst repeated ad hominem attacks by the President of the United States.”

The campaign organizers also revealed that the need for a legal defense fund is a growing reality.  Media reports indicate that at a minimum, there are a number of congressional inquiries that McCabe will be required to respond to, as well as the broader Office of the Inspector General (OIG) investigation that is ongoing, and any potential lawsuits he might consider. It was noted:

“McCabe and his team are working to gain clarity around the lasting impact his firing – 26 hours before his planned retirement – will have on the pension and healthcare benefits he earned over his two decades of service to the FBI.  However, no funds raised for the Andrew McCabe Legal Defense Fund will be used for anything beyond his defense of the allegations against him.  He will continue to fight for the pension and benefits he deserves, rather than accept any crowdfunding for that purpose.  Following the conclusion of any related legal proceedings, any funds that remain in the Legal Defense Fund will be donated to charitable organizations of the McCabes’ choosing.”