You may have thought the days of super-sized initial coin offerings (ICO) was nearing an end. Think again. The TaTaTu Token offering claims it has sold $575 million worth of digital coins in a private sale. The offering has apparently seen the participation of Prince Felix of Luxemborg, BlockTower Capital, Lady Monika Bacardi and Lyna Capital.

Does this sound crazy. Yes it does. So what do these unminted tokens do? According to the company, the TTU Tokens will serve as the currency for a blockchain based social entertainment platform called “TaTaTu” (of course). These tokens will be used to “compensate content creators as well as members of the platform who view content and pay for advertising on the platform.”

Behind this ICO is Andrea Iervolino. A quick google search and his name pops up with results like “Selena Gomez Steps Out with Italian film producer Andrea Iervolino”. Or not as cool, allegations of a sexual battery lawsuit.

lervolina, according to Wikipedia, is an Italian-Canadian film producer who made a big splash when he co-produced The Merchant of Venice back in 2004. In 2013, lervolina, along with a co-founder, launched AMBI Media Group – to launch films from start to finish. Now he is getting into crypto powered social media. 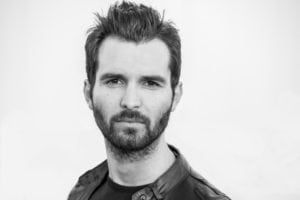 In a release, Iervolino stated;

“The industry’s response for TaTaTu has been overwhelming as the TaTaTu Token has secured one of the largest private sales of digital token. The response is further validation that our model of acquiring and producing our own content mixed with rewarding users with TTU tokens to watch that content on the platform will benefit everyone – including content holders, users, brands and advertisers.”

TaTaTu says it will offer videos, music, sports, games and more – seeking to become a “360 degree entertainment platform” that allows both sides of the equation to earn crypto. TaTaTu wants to be the one coin to control them all – at least in the media industry. An ambitious goal.

Beyond flashy Euro names, a note from a TaTaTu rep says former Apple Vice President of Education, John Couch is on the advisory board. Now that is interesting. Couch worked with Steve Jobs early on in the game and left the company back in 1984 – in the pre iPhone days.

So what has the third largest ICO ever (depending on how you measure it), after Telegram and EOS, accomplished so far?

TaTaTu says it has been in alpha testing mode since May 31st and has already amassed 200,000 registrants – which is the alpha capacity. This number was reportedly hit “within 2 hours”. Beta launch is scheduled for July.

Additionally, TaTaTu says it has already begun producing high-end original content. Oscar nominee Jeremy Renner  (Avengers, The Hurt Locker, Mission Impossible) is said to be a subject of the first original documentary from TaTaTu. Another movie said to be in the queu is the upcoming Lamborghini biopic starring Antonio Banderas and Alec Baldwin, which TaTaTu is co-producing and co-financing.

If you want to learn more you can check out their Telegram feed here.