Mambu, a Berlin-based SaaS banking platform provider, announced this week it has formed a new partnership with global fintech TransferWise. Mambu reported that its customers, challenger, and traditional banks may now access TransferWise’s technology infrastructure directly through its platform to offer inexpensive and transparent international money transfers at the real exchange rate. 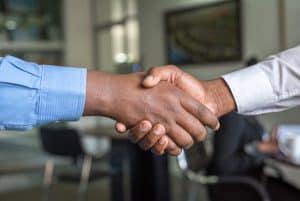 While sharing details about the partnership, Kristo Käärmann, CEO and Co-Founder of TransferWise, stated that integrating TransferWise for Banks with Mambu is another major step towards the company’s vision of establishing a new global payments infrastructure for banks around the world.

“By plugging into our API, Mambu just became the world’s number one cloud banking provider to use for international payments. From their first day in business, banks gain significant advantages over their competitors, benefiting from the speed and convenience of TransferWise’s services.”

Ben Goldin, CTO/CPO of Mambu, went on to add:

“TransferWise has revolutionised how money is moved across borders. We were impressed how TransferWise has established itself around the globe spanning infrastructure platform in a highly complex regulatory environment which aligns with our aims. We aim to offer best-in-class banking services through our cloud platform and are pleased that international banking is no longer of any concern for our customers.”

TransferWise has formed other partnerships around the world already, including with Monzo, N26, Bunq, LHV, Stanford FCU, Novo, UP, and BPCE.