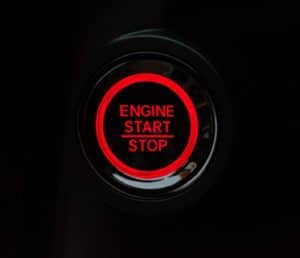 BSCstarter recently announced that it has rebranded to introduce a four-part ecosystem for initial DEX offerings (IDOs).

As noted in a release shared with CI, BSCstarter is rebranding as Starter, which is a decentralized, cross-chain IDO Launchpad with four separate (or independent) components designed to improve the functionality and reach of the platform.

BSCstarter confirmed in the release that the updated platform has been overhauled and rebranded for a June 1, 2021 launch under the name, Starter. The name change is “the result of multichain accessibility,” which includes the Binance Smart Chain (BSC), Ethereum (ETH), Cardano (ADA), Solana (SOL), Polygon (MATIC), Fantom (FTM), and Avalanche (AVAX).

More than 91 initiatives have reportedly selected BSCstarter as their “platform of choice,” which  “proves the quality and success this platform delivers, and why the company saw enough demand to execute this new, rebranded ecosystem,” the announcement noted while adding that Starter will have four separate branches in its new ecosystem:

The revamped new logo is “clean and simple, an indication of how easy the Starter platform is to use,” the update revealed.

“This rebrand is the next crucial step for Starter. Now more than ever, the people need to know who the serious players are in the ever-changing climate of cryptocurrency.”

BSCstarter has introduced several other successful initiatives, which includes “a few that sold out in a few short minutes or seconds,” the update noted.

These “successes” may be attributed to the “decentralized nature of the platform, allowing the community to vote on which projects are accepted to move into the funding stage.” the announcement noted while explaining that users “stake a minimum number of START tokens in order to cast their vote.”

BSCstarter is a “community-oriented” launchpad for Binance Smart Chain (BSC) that has been developed to offer projects convenient access to key funding opportunities “without the stress associated with bureaucratic hurdles, complex KYC requirements and a manual selection process.”

The solution provided by BSCstarter has been developed to enable the community “to determine the projects to be listed using collective due diligence and DYOR skills.” It aims to offer a “decentralized” fundraising platform to  “deliver a community-driven, open and free with equal opportunity for all, ultimately empowering investors to filter through the messy landscape where rug pulls overshadow the potential of BSC’s growing ecosystem, which is now Starter.”