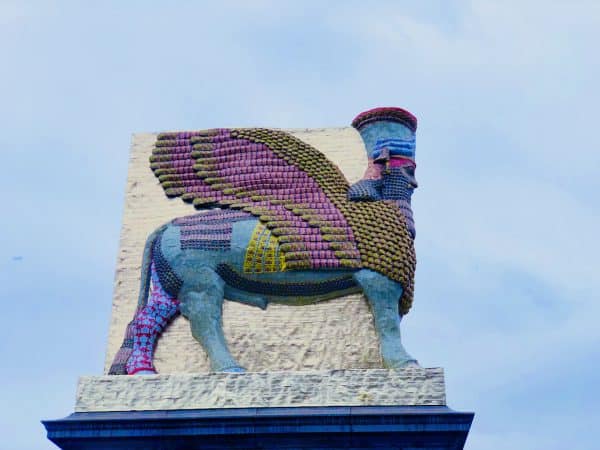 Improbable, the UK-headquartered Metaverse tech firm, recently announced that it raised $150 million in capital “to establish and develop M² (MSquared), a network of interoperable Web3 metaverses powered by its Morpheus technology.”

The global Metaverse revenue opportunity “is expected to be worth $800bn by 2024, according to Bloomberg Intelligence, and has seen heavy investment in recent months.”

But the experiences available today “cannot support the vast numbers of people or rich interactivity necessary to fulfil the metaverse’s promise – or are closed platforms unable to provide the level of sophisticated interoperability and shared governance expected by users and needed to build investable virtual economies.”

As noted in the update, the M² network will “combine Improbable Morpheus technology with new services designed to support interoperability, commerce in digital assets and governance in Web3.”

It will bring together companies, existing communities and fans “in sports, music, fashion and entertainment and enable them to interact in dense virtual spaces with unprecedented fidelity.” The announcement also mentioned that the network is “being designed to support integration with existing worlds as well as new projects.” The update further noted that Improbable has established M² as “a distinct entity to better enable governance in partnership with other businesses and eventually with its community.”

Improbable has for nearly a decade “developed technology enabling ever greater complexity in virtual worlds: the company is a leading provider of multiplayer services to over 60 global publishers and through its large scale simulation platform supports the UK government defence mission.” Its Morpheus technology, an evolution of the company’s earlier SpatialOS product, “supports over 10,000 players, able to interact with each other in dense virtual spaces.”

The announcement further revealed that the platform now “processes over 350 million communication operations per second (or ops) and was first demonstrated in live events with thousands of players in 2021.” In January 2022, Improbable announced “its transformation to accelerate in the metaverse.”

“We founded Improbable to make real the promise of incredible online worlds that were more than just games – they were extensions of our lives. I believe the metaverse and Web3 movement, though very early, represent a once-in-a-generation redefinition of our society towards a ‘fulfilment economy’ where experiences made by an open network of creators and businesses can create enormous opportunity for everyone. M² is our contribution to establishing this future and we hope to help our partners catalyze an open metaverse with many participants and success stories. We are excited to be actively working with some of the best investors in the space in building out this new ecosystem.”

“Giving people the tools to design their own metaverses at the scale that Improbable enables, with web3 interoperability and composability to expand on each other’s creations, will result in some truly groundbreaking virtual experiences. We are long-term backers of Improbable, and under Herman’s leadership, the team is making their lofty visions a reality.”

“We believe the core technology that Improbable has developed enables social experiences unrivalled in scale, resolution and fidelity for thousands of concurrent users. The emerging metaverse presents an opportunity for Improbable and its partners to collectively build a leading, decentralized network to bring creators and fans closer together, and reward each other with tokens for their contributions. We have partnered with Herman and the team throughout Improbable’s evolution and are thrilled to support them in building another foundational element of the metaverse.”

As noted in a release, Improbable is a British metaverse technology company.