In 2009, a crowd-funding website called Kickstarter opened its doors to creatives who wanted to find funding for their projects. Since then, thousands of projects have been funded, and some clear trends have emerged. Games are clear winners, but so are, it seems, dance projects?

Here are some of the stats, dating to the launch of the site, that Kickstarter has released: 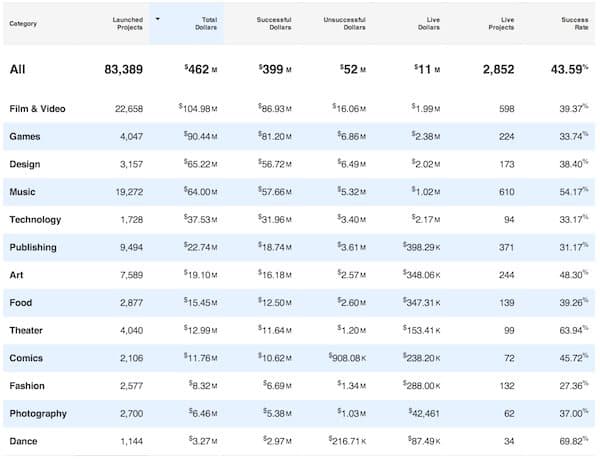 The Economist looked at last year’s Kickstarter data and found that, overall, games raised the most total money, over $80 million last year. Technology projects had the most generous backers, with the average pledge breaking $100. But while dance project raised less money overally, they had the highest success rate, far higher than games and technology did. The Economist writes: