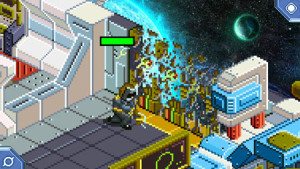 This is the oft-delayed and long-awaited mobile game that’s enjoyed two Kickstarter campaigns and attracted almost $200,000 in crowdfunded cash. It’s kind of a big deal around here, okay.

As I explained in my Star Command preview, it might not quite be what you’re expecting. You can forget any plans about exploring the universe, conducting science missions on Phobos, or having diplomatic negotiations with aliens.

No, this game is all about combat. Fun, chaotic, tense, and tactical combat. But just combat, really.

If we weren’t entirely clear about any particular element in our preview, here’s a complete rundown of everything you need to know about Star Command.