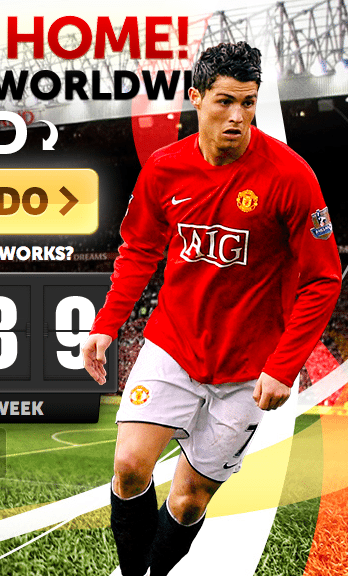 A one off crowdfunding campaign has cropped up to crowdfund the return of sport superstar Ronaldo to return him to to play for football team Manchester United. BringRonaldoHome, was started by dedicated fans to raise sufficient funds to pay for his return. Over 3500 fans have already pledged funds to support this grass roots effort. It has been reported that Ronaldo is interested in returning to Manchester to play once again. In a statement on their targeted crowdfunding campaign, the organizers stated;

We are a team which consists of both passionate football supporters and enthusiasts for leading change. We are operating under the corporate entity, Equius Ltd based in the UK but we are not here to talk about us.

The movement to Bring Ronaldo Home was born from passion and it will not be successful without the support of Manchester United’s global fan base.

The idea of engaging Manchester United fans around the world to come together to make history may seem surreal, but united we believe we can bring Ronaldo home.

We have been inspired by the loyalty and dedication of Manchester United fans. To be a ‘true’ fan requires the ‘living’ experience of football. It is not about being a mere spectator, it is about being a participant. We wanted to give fans an opportunity to be involved.

Supporters are being asked to donate £10 as a deposit. If the campaign is successful contributors will receive a #7 Jersey for a total of £55. If the campaign does not succeed all funds are expected to be returned.