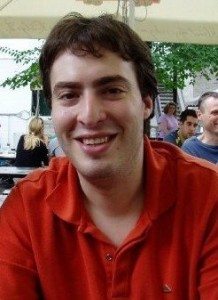 Crowd Funding Leader, Alon Hillel-Tuch was born in the land of dairy products and agricultural fields, which is the beautiful and wonderful land of Holland. He was raised in one of the high profile cities in the world according to tourism that is Amsterdam. He then moved to the United States in 2003 to live in New York and has stayed in the east coast of Brooklyn since that period of time as he wanted to modify his professional environment. Alon finished his high school and got his certification from the International School of Amsterdam. He then got his degree from Hamilton College and then later became a graduate of Columbia University in the city of New York. He is related to the branch of finance and has worked in a number of positions and departments for significantly reputable firms and organizations.

He has so far worked in the division of the Operations Department at HBK Capital Management in Fort Worth area or region of Dallas Texas that is an employee owned hedge fund sponsor firm in the industry of investment management. HBK Investments L.P. provides its functionality in the field investment vehicles. It works in the equity markets and employs multi-dimensional approach that includes absolute return, market neutral and arbitrage techniques. He has then worked as an Interim-CTO and Advisor at PlayerNet, which is the official network for professional athletes. He then started working as Special Situations Manager at BCMS Corporate. BCMS Corporate is a global leader in the sale of privately owned companies.