The Pegasus Touch will eventually join the ranks of the Buccaneer, the Form 1 and other notable 3D printers to be fully-funded on Kickstarter. Full Spectrum Laser launched the campaign on December 31, 2013 and it took less than 24 hours for the campaign to hit a stated $100,000 goal.

So what is the value proposition to set the Pegasus Touch apart from the competition? LASERS! Lasers are used to cure the resin in the printing process, and FSL says that this results in one of the best 3D printing solutions on the market for the price point…

Using software/electronics technology developed for our laser cutting/engraving products, we’ve perfected an affordable high quality laser based Stereolithography (SLA) 3D Printer that sets a new standard for desktop 3D printing for every maker and maker to be. Starting below $2000 on Kickstarter, Pegasus Touch produces by far the best quality 3D printing output for its price.

Images of the final products coming from the printer like the one below do look pretty awesome, so perhaps there is something to this laser integration piece… 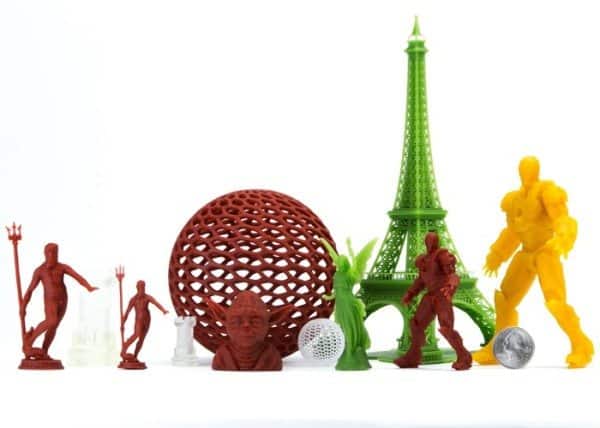 Because FSL is a well-established manufacturer of tools for hobbyists and already has another fully-funded Kickstarter under their belt for a laser-powered cutter and engraver. This second campaign has already raised significantly more with plenty of time left. Funding ends on Monday, February 3rd 2014.