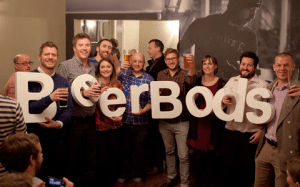 BeerBods, a company that delivers 12 beers to subscribers every 12 weeks, quickly raised their £100,000 crowdfunding goal in just one day and then continued over-funding hitting £150,000 in the next twelve hours.

Launched in 2012, BeerBod’s original intent was to offer 15% equity in the business but ended up selling 22.5% of the small business as 101 investors rushed to back the company.  The single largest investment was for £10,000. 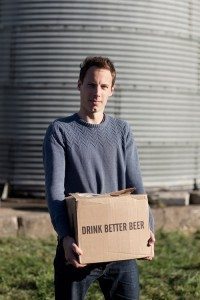 The company was founded by Matt Lane who simply wanted to “get more people drinking better beer”.  The company presently only operates in the UK but hopes to expand their business beyond the British borders.  The service charges subscribers £36 ever 12 weeks and ships via mail 12 unique beers.

The listing on Crowdcube was open only to the company’s subscribers for the first 24 hours so this is a situation where the intrinsic community came together to support a company they know and love.  The additional £50,000 was raised once the listing was opened to the public.  Obviously after the successful round they went out for a pint or two.

Based near Worcester, BeerBods was named as one of the 100 most innovative, disruptive and resourceful small businesses in the United Kingdom by Smarta in 2013.