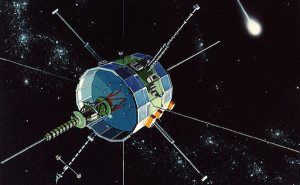 along with Space College and SpaceRef are asking investors to donate $125,000 so they can bring back the space probe ISEE-3 (International Sun-Earth Explorer).

Working in collaboration with NASA, Wingo and Cowing have assembled a team of engineers, programmers, and scientists at Morehead State University to get in contact with ISEE-3 using a large radio telescope. If they are successful, they intend to facilitate the sharing and inttrepretation of all of the new data ISEE-3 sends back.

Launched in the late 1970s, ISEE-3 was sent to space to study the interaction between the Earth’s magnetic fields and solar winds. It became the first space mission to come in contact with a comet, aka the Giacobini-Zinner comet, in 1985 and in 1986 it flew through the tail of Halley’s comet. Unfortunately the communications equipment was decommissioned in 1999 and NASA wasn’t able to afford the funds to keep the project going.

NASA has notably told the team there is no funding available to support the ISEE-3 effort – nor is the work a formal priority to the agency. The organization does feel the data from ISEE-3 would have real value and that crowdfunding effect may have value to the education and public outreach activity.

Unfortunately for the project, time is short and has significant risks. ISEE-3 must be contacted within the next month or so it must complete its orbit change maneuvers no later than mid-June 2014. Part of the maneuvers include a flyby of the moon at the altitude of less than 50km. 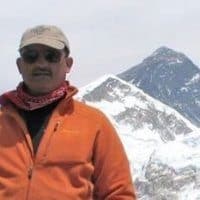 Mr. Cowing stated, “The orbit it’s in is not that different from the Earth’s. It’s a bit farther out, but it crosses our orbit regularly. It’s notcatching up with Earth after all this time.”

The team has already detected the carrier signals from both ISEE-3 transmitters. In order to come in contact with the spacecraft, the team will need to locate the original commands and then develop a software that was used to communicate with ISEE-3.

The funding the project will received will be used for software and courses on the software radio to recreate virtual versios all of the original communications hardware, which no longer exists.