Sharing some exciting news about its progress, Tampa-based crowdfunding platform YouCaring has announced its users have raised more than $100M in campaigns. Founded in 2011, the site is considered as the second-most popular site for philanthropy fundraisers. CrowdsUnite recently named the site as a top platform for its kind, beating other portals. 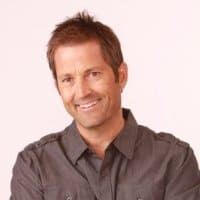 “We are grateful to CrowdsUnite reviewers for our ranking,” CEO of YouCaring Brock Ketcher explained. “When youconsider how many options are available for crowdfunding, philanthropic or otherwise, it’s humbling to be honored as the top site. It’s always been our mission to provide the best platform for people in need, and we hope this cognition ultimately benefits our fundraisers and their worthy causes.”

Unlike its competitors, the most significant benefit of using YouCaring is the absence of services fees. Other sites will typically charge commission fees ranging from 5 to 10 percent of funds raised, in addition to processing fees. With YouCaring, the only fees that are included are for PayPal or WePay transactions. The website is funded entirely by donors who have supported YouCaring’s mission while making fundraiser donations.