Ready to bring new music to the airwaves, veteran singer/songwriter Kenny Loggin and his band, Blue Sky Riders, have launched a crowdfunding campaign on Kickstarter last month to raise $85,000 for their new album. Within the final week of the project, the band raised well over the initial goal and is currently sitting at $97,005. 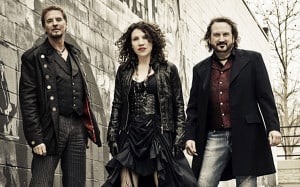 Explaining why the band decided to go with the funding option, Loggin wrote, “I’m launching this Kickstarter Campaign for a couple of reasons – to generate funding for recording our next album and to connect directly with the folks who love music enough to support its creation.”

“As a band, we’ve come up with some cool ways to get you more involved: everything from your ideas for T-shirts for helping us name the new album. But it’s not just about the money, granted that’s a BIG deal, it’s about staying creative and vital by embracing the new way that music is made.”

The main goals of the project are the following:

Loggin added, “I believe that the way music is made and shared has fundamentally changed, and I love where it’s heading. Gary, Georgia, and I created our own label to release our first album in 2013. With the rise of crowdfunding, I’ve realized that there is one more step to be taken towards the ultimate realization of an artist’s dream – direct connection with our audience! Your assistance will allow my bandmates and I to create new music that reflects our vision. In short, we need and want your help.” 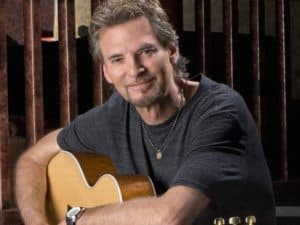 Answering what the fans get out of this, Loggin said, “First and, I hope, foremost, you’ll get the satisfaction of helping independent artists, making new music that you’ll be able to say, ‘Finally! Somebody’s making music for ME!’ Secondly, you’ll be using your voice and your wallet to tell music corporations that you are a valid audience that deserves a say in the music being made. Lastly – myself, Gary, and Georgia are also committed to engaging with our supporters through project updates, videos, social media, interaction, and being/during our live shows. Those of you who have seen BSR live already know this.”