The Green Party MP Plymouth is using crowdfunding platform Crowdfunder, which will allow Green Prospective Parliamentary Candidates (PPCs) to raise their deposit faster than ever before. After a successful campaign in Plymouth, where the £500 fee to stand as an MP was raised in just three days and the campaign is now overfunding, the Greens are breaking new ground as they appeal directly to their supporters through the crowdfunding platform to raise funds and awareness alongside harnessing online support. 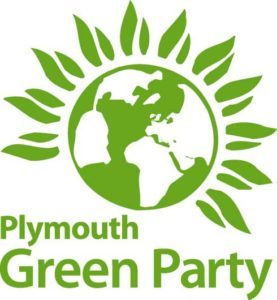 The Green Party has pledged to stand in at least 75% constituencies in 2015. This will allow 50% more people to vote Green at the coming General Election than were able to in 2010. Fundraising and operations director, Tom Beckett, shared, “The Green surge in membership and polling demonstrates that more and more people are interested in Green values and policies and are prepared to vote Green at the 2015 General Election.

“Working with Crowdfunder allows the Green Party, which, unlike other parties, does not receive large corporate donations, to raise the money necessary to stand more candidates than ever before and potentially boost our representation in Parliament next year.”

Phil Geraghty, MD of Crowdfunder stated, “It’s great to see the Green Party using Crowdfunder to engage their supporters to raise funds online. We think crowdfunding has a crucial role to play in the future of political funding.”

Plymouth Green Party, Lauren Packham added, “Crowdfunding has worked so well because it has enabled us to take our campaign right to the heart of Green Party support. Crowdfunding is a gret way to engage because finding and targeting supporters through social media is made much easier.”