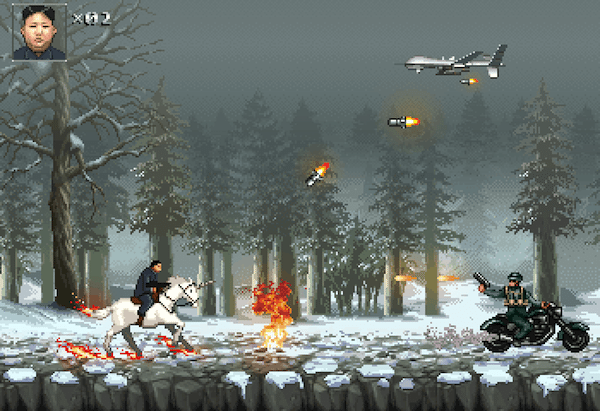 Just when everything had apparently calmed down after the Sony cyber attacks that temporarily cancelled the release of the new film The Interview (which had a death scene that involved Kim Jong Un), it seems hackers have found a new target, and it’s a new video game that centers around the Korean leader. 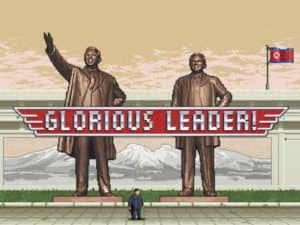 Last month, Atlanta-based developer Money Horse Games, debuted the game through a crowdfunding campaign on Kickstarter to raise $55,000. According to the campaign’s website, Glorious Leader! is a satirical 16-bit run ‘n’ gun. Take up the mantle of Kim Jong Un as you battle the entire American Army.

The description reads, “Greetings comrades and capitalist pigs alike! The Supreme Commander of the Korean People’s Army, first secretary of the Workers’ Party of Korea and first chairman of the National Defense Commission of the DPRK, Kim Jong Un, commands you to stop playing inferior western games and take up arms in defense of our great nation. Glorious Leader!, a stunning marvel of cutting-edge 16-bit graphics and sound, chronicles the incredible, but true tale of the defeat of the entire imperialist army at the hands of Kim Jong Un.”

While the game didn’t exactly become a smash hit on the platform, only reaching nearly $17,000 thanks to 570 backers, it apparently caused quite a stir with those who support Kim Jong Un. A few weeks into the campaign, the Money Horse Games team announced they have decided to cancel the project due to a hack in their system. They explained, “As many of you know, over the holidays we were victims of a hack inspired by the attack on Sony. 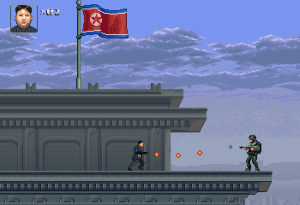 “The hackers destroyed data pertaining to Glorious Leader! and other projects we had in development and locked us out of our own computers and website. The timing couldn’t have been worse as it hampered our ability to attend to the Kickstarter project. We realize that we also made mistakes in our pledge levels and rewards. It is now evident that our funding goals will not be met, so we are canceling our Kickstarter campaign.”

Although they revealed there has been threats, the team didn’t state the nature of the warnings that they were given.