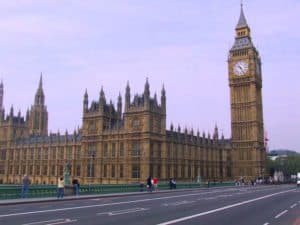 London’s fintech (financial technology) community is making waves, according to an article in Startups. Three-quarters of the fintech community there believe that London is a better incubator than global tech hubs like Silicon Valley, according to a recent survey of technology influencers conducted by Seven Hills, a PR and campaign agency. Recent research estimates the sector is currently worth £20 billion to the UK annually.

Of those surveyed, 75.6 percent considered London to be the world’s “fintech hotspot,” ahead of U.S. cities San Francisco (17.5 percent) and New York (4 percent). The city’s existing financial services infrastructure, access to talent and geographical position were the among the top factors that respondents chose as giving London’s fintech scene top billing. Mobile payments and peer-to-peer lending were expected to be the fastest-growing sector, according to the respondents.

“More and more people are coming to London to work in the fintech space – it’s not just a PR messaging line. Tech people understand that this is where you need to be … Estimates say there’s now around 150,000 people in London working in fintech-related services.

“[That being said] we have to keep up the talent pool; immigration is a difficult subject in the run up to a general election but it needs to be addressed. We also need more success stories […] to wave the flag for London’s fintech industry.