Jordan based WeziWezi has claimed the most funded status on investment crowdfunding platform Eureeca.  The Arabic language “social entertainment platform” raised $242,957 from 35 investors.  The projected topped the second highest funding amount on Eureeca by over $80,000.

WeziWezi sold 6.25% equity in the young company generating a valuation of approximately $4 million, according to Dubai based Eureeca.  This is the 12th company funded on Eureeca and the 7th from Jordan. 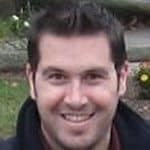 “We are very pleased with the results of our Eureeca campaign,” said Amer Al-Omari, founder and CEO of Weziwezi.com. “In addition to hitting our investment target and securing the capital we need to continue growing, the campaign also validated our concept, allowed our social networks to get involved and invest in our company, and served as a great marketing opportunity for the Weziwezi brand.”

WeziWezi was founded in 2010 with the intention of being the Arabic version of Twitter. However, after Twitter began to support Arabic, Weziwezi.com pivoted and started to focus on Arabic-language social entertainment content.  According to the site, WeziWezi now receives 4.3 million unique monthly visitors — up from 2.3 million at the start of the campaign in November — and is topping out at nearly 600 new articles each month. It is aiming to hit the 6 million unique monthly visitor mark by the end of 2015.

Weziwezi.com will use the funding to expand its team from four to 15 employees in 2015. Included in this expansion is opening an office in Dubai, which will house a sales team tasked with improving monetisation through ad sales. The team also plans to increase brand awareness through a well funded marketing campaign, and it will increase and improve the website’s content by expanding in-house production and purchasing premium content.

The campaign, which is the first to break the $200,000 mark, is described as being indicative of the growing trend of SMEs targeting higher crowd investments on Eureeca. Now a number of campaigns currently active on Eureeca.com are targeting $200,000 or higher.

“As the region’s early-stage business ecosystem continues to mature, we expect there will be an increasing number of SMEs that are ready to secure 200k, 500k or million dollar investments on our platform,” says Sam Quawasmi, Co-founder and Managing Director of Eureeca. “Weziwezi.com is really the first example of what we think will soon become a trend.”