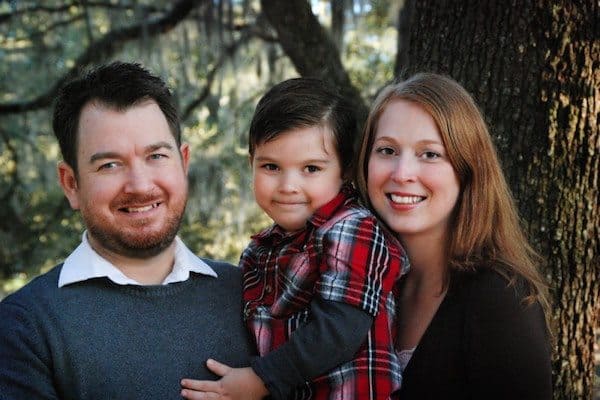 Seeking the help of his fans, Sammy Griner, who is known for his famous “Success Kid” meme, and his mother, Laney Robertson Griner, have launched a GoFundMe campaign to raise funds for his father’s kidney transplant. 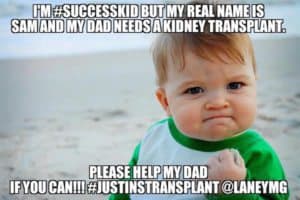 “Justin is a 39 year old father of one in need of a kidney transplant. Please help us reach our goal so that Justin may get the pre-treatments and transplant he desperately needs. His mother died from this disease, please help us write a different story for Justin and his son, Sam.”

According to ABC News, Justin discovered his kidneys were failing before Sammy was born, but he now spends about four hours a day three days a week undergoing dialysis. She revealed the longer he’s on it, the greater his risk of complications: 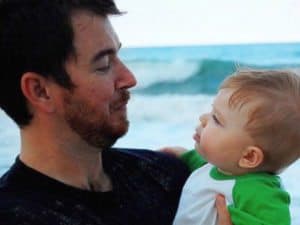 “Six years on dialysis is getting to be a long time. It’s wearing on him. … I just want to get him healthy.”

She also revealed that Medicare will cover 80 percent of Justin’s post-surgery costs, but the Griners will still need about $12,000 in the first year to cover drugs alone, and he’ll be on many drugs for the rest of his life.

During a recent interview with Buzzfeed, Laney revealed that she didn’t mention her famous son in the beginning because she wanted the focus on her husband: 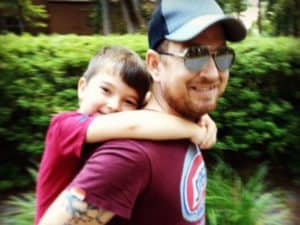 “But then I thought what a positive boost it could bring to our fundraising efforts for people to know this is for the father of the baby who has made so many people smile. His dad is his hero, he’d happily do anything to help him get better.”

Originally seeking only $75,000, the project has already succeeded in raising the initial goal and is currently at $81,000.