FlyingV may be the largest crowdfunding platform in Asia today.  Based in Taiwan, the platform has led the space in Taiwan, and in many respects Asia general.  Crowdfund Insider interviewed Tim Cheng, CEO of FlyingV, late in 2014 to hear about his viewpoint on the crowdfunding space. So when we heard the Taiwanese government was pushing forward with equity crowdfunding rules, we asked Tim to provide some perspective on the environment in the island nation.

With investors being able to purchase ownership in small firms as soon as next month, Cheng shared his thoughts on the recent announcements. 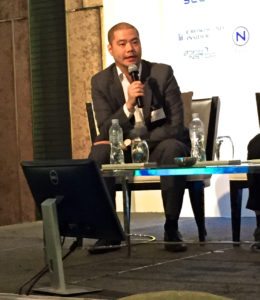 Cheng explained that the pronouncements were part of a broader government initiative to promote entrepreneurship in general.  The Taiwanese officials would like to promote;

Asked how this policy push would impact FlyingV, Cheng explained;

“We have been pushing for regulation on equity crowdfunding since we started and we have been on the forefront in influencing the policy, so it is basically what we have been working toward.

We have always felt that regulation is a matter of time; the biggest challenge is better public understanding of the concept and the rules.  Our success in reward based crowdfunding helps.

In short, it makes sense that regulation would go through this year.”

When asked how accessible will the offers be for retail investors? Cheng stated;

“The interest level of retail investors depends on the quality of these offers and public understanding (obviously).  In terms of regulation, the offers should be accessible for everyone.  There are investment limits for different levels of investors.”

Cheng stated they were pretty comfortable with the trajectory of events;

“The overall direction is what we expect, the rest are parameters (limits on who can operate a platform, investment limits, how much a company can raise per year, capital limit on the companies seeking funding, etc.)

There are preliminary numbers set, and these numbers will be discussed and finalized before May.”

Cheng said there presently did not recommend and changes to the announced policy;

“Since this is what we want, it fit with our plans for the future.

Entrepreneuship has been a hot topic in Taiwan for the past couple of years with crowdfunding, maker spaces, co-working spaces, etc. becoming more popular.  The fact that the government is moving forward with regulation is definitely a good thing.  All these things are a good start for stirring up an economy stuck in limbo; however, this is only the beginning.  It will take a while to see the actual effects.”

As part of the rules it was stated that broker / dealers would need to be engaged. While Cheng was non-commital on whether or not FlyingV would be entering the equity crowdfunding space either by partnering with a B/D, or becoming one, he clarified the requirements;

The preliminary qualifications for platform providers are:

The second option is not set in stone yet.