On Wednesday, India’s crowdfunding platform, Ketto Online Ventures Private Limited, announced that it has received over $700,000 during its latest funding round. 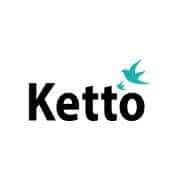 Ketto, which was founded by Varun Sheth, Kunal Kapoor and Zaheer Adenwala in October 2012, is described as a crowdfunding space to campaign for social causes, NGOs, creative projects and entrepreneurial ventures in India. The platform aims to connect individuals and brands with fundraisers thereby enabling entrepreneurs to raise funding and increase their awareness.

According to VCCircle, the funding round was led by Pradyumna Dalmia, co-founder of Calcutta Angels and Sudhir Rao, deal champion of The Chennai Angels and co-founder of IndusAge Partners. the funds will go towards expanding its technology and business development team.

Previously, Ketto received  funds from CLUB ah!, a network of investors and part of ah! Ventures, and Calcutta Angels in 2013. The platform also partnered with Lakme Fashion Week to provide a platform to over half a dozen designers to garner funds to launch their label at the upcoming showcase in Mumbai this August.