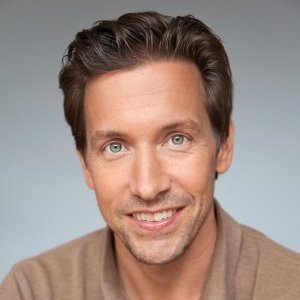 Indiegogo has announced the appointment of Christian Busch as Senior Vice President of Marketing. According to the crowdfunding platform, Busch will oversee all marketing and communication activities at Indiegogo.  Busch has been working with Indiegogo on a consulting basis. His LinkedIn profile indicates  he became full time at Indiegogo this past April.

Slava Rubin, CEO and co-founder of Indiegogo welcomed Busch as a full time employee. “I am thrilled to have Christian officially join the Indiegogo family as our SVP of Marketing and key member of the executive team.” Rubin said Busch would be “essential” in scaling customer acquisition.

Busch brings to Indiegogo expertise in a variety of industries including media, publishing and ecommerce. Prior to joining Indiegogo full-time, Christian spent two and a half years as the Principal of CB Consulting, a boutique firm focused on digital growth and international expansions for clients including eBay, The New York Times, IAC and Refinery29. Busch previously spent four years at Alloy Digital as the General Manager and Senior Vice President of Corporate Development. He has also served in executive roles at Takkle, Cellfish Media and Bookspan. Busch currently sits on the boards of Above Average and Pruftechnik AG, and is an active investor is several early stage startups.

“Indiegogo’s mission to enable anyone anywhere to fund what they care about positions the company for explosive growth in the next couple of years. It’s a marketer’s dream,” said Busch. “I’ve always loved being so closely involved in Indiegogo’s marketing efforts and I couldn’t be more excited to join such an amazing and committed team.”