Richard Stallman, founder of the Free Software Foundation (FSF) and the GNU Project, has formed a type of partnership with Crowd Supply, a crowdfunding company mainly focused on open source hardware and software projects, according to Ars Technica. 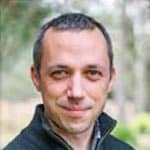 According to Crowd Supply founder Josh Lifton, the partnership is a natural fit. Lifton, a doctoral alumnus of MIT Media Lab and the former head of engineering at Puppet Labs, said,
The lines between hardware and software are blurring … It only makes sense to consider them jointly rather than separately. 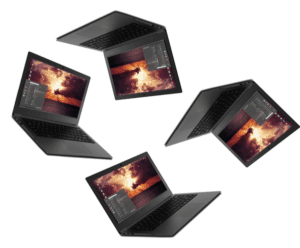 Crowd Supply’s most well-known campaigns are the Librem laptop, a privacy-centered computer by Purism (currently, the Librem 13 is raising funds on the platform), and the Novena, an open-hardware laptop of sorts designed by Andrew “bunnie” Huang and Sean “xobs” Cross.

Here’s what the partnership between FSF and Crowd Supply entails, according to Ars Technica:

As part of the partnership, Crowd Supply has re-engineered its website and e-commerce software to be compliant with FSF’s Free Javascript Campaign—an effort to get websites to adopt approaches that allow users to access them without running “non-free” software. Crowd Supply will also work with FSF in bringing more software and hardware products to market based on the FSF’s core tenets, including the “four freedoms” of free software as defined on FSF’s website.

The GNU Operating System, sponsored by FSF, defines free software as follows:
software that respects users’ freedom and community. Roughly, it means that the users have the freedom to run, copy, distribute, study, change and improve the software. Thus, “free software” is a matter of liberty, not price.

GNU also defines the “four essential freedoms” that must be true for a program to be free software:

For FSF’s side of the partnership, the foundation will,

[formally endorse] Crowd Supply as its preferred crowdfunding platform for free software and open (or “Libre”) hardware projects, and it will steer developers of hardware and software projects to Crowd Supply when they are looking to fund or sell their own work (or purchase products themselves).

respects people’s freedom while asking them to donate to projects.