The Brains Worldwide Foundation NPF announced this week that it is joining the global initiative, #GivingTuesday to help prevent undetected concussions for children.

On #GivingTuesday, which will be held on December 1st, the foundation will launch a campaign through crowdfunding platform Indiegogo to help raise funds for education on the hidden dangers of undetected concussions. Funds will also go towards college scholarships for injured student-athletes and a pilot study in which 150 families will receive reduced-cost access to a new, home-based technology that provides objective assessments of brain concussions. 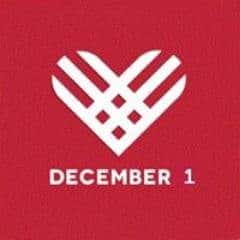 “Current research reports as many as 3 million young athletes may be walking around with undetected concussions. But even one child is too many. We’re excited to be a part of the #GivingTuesday initiative that so perfectly aligns with our goal of giving back to the community by helping families keep their children safe from the dangers of inaccurate subjective assessments and undetected concussions.”

The Brains Worldwide Foundation mandate is to drive awareness of the hidden dangers of brain concussions, conduct research on objective assessment technologies for concussions and fund college scholarships for injured student-athletes.

As part of its participation, the foundation today launched TheHiddenDanger.com, a resource for raising awareness and research of undetected concussions for children ages 8-18.