Five years ago, fintech trailblazer Peter Renton launched Social Lending Network which rebranded to Lend Academy in 2012. On his blog Renton reflects on industry changes during the half-decade. 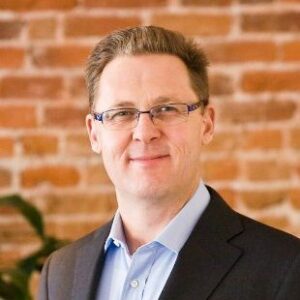 “Back in November 2010, Lending Club had issued less than $200 million in total loans and was focused primarily on retail investors. Prosper had issued more loans than Lending Club (just over $200 million) and they still operated under the reverse auction model, although they would move to the fixed price model the following month,” shared Renton, Founder of Lend Academy & LendIt Conference.  “When I started writing about this space I did it because I was personally invested and I loved the whole idea of P2P lending. I had no background in finance but I had recently sold my business and I was looking for a career change. I had always enjoyed investing and I felt like P2P lending had a lot of potential. Although I must admit I had no idea it was going to take off the way it has… I doubt anyone could have predicted back then where we would be in late 2015. Maybe Renaud at Lending Club had some idea but the way this industry has just exploded in the last year or two has certainly taken me and many others by surprise.”

Renton also highlights major milestones of the past five years:

As for the next five years, Renton attests that although “we have certainly come a long way as an industry… we have so much more still to do.” Citing easier ways for investors to deploy their money such as mutual funds and ETFs from some of the large fund companies (Schwab, Fidelity, etc.) as well as a plug ‘n’ play solution for financial advisors, Renton cites the necessity of an index fund that” gives people exposure to the entire asset class and people should be able to check a box on their 401k enrollment applications to deploy some of their retirement money to this industry.”

“We are not there yet and these things will not all happen next year or even the year after the that. But I will be very surprised if, when it comes time to write my 10-year Lend Academy birthday post, all these things haven’t come to pass by then,” closes Renton on his blog, “So, cheers to the next five years. It is going to be a very interesting ride.”