Earlier this month, CrowdRise co-founder Edward Norton teamed up with Humans of New York (HONY) and craigsconnect to launch a crowdfunding campaign to raise funds for a Syrian refugee whose story had gone viral thanks to HONY’s Brandon Stanton and President Obama. Within an hour, the initiative secured raised over $100,000 for The Scientist, a Syrian refugee featured in his “The Syrian American” series. 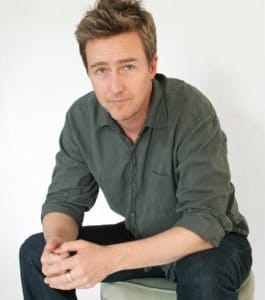 Norton revealed he was moved to tears upon reading the story of an unnamed man, referred to as “The Scientist” who speaks openly about losing his wife, his home, his personal belongings, and fleeing his village:

“I saw the story and was so compelled by it. This man has suffered profound loss that would crush the spirit of many people and yet he still passionately wants a chance to contribute positively to the world. I thought the President’s words were so apt, ‘You’re part of what makes America great.’ I wanted to do something to echo that sentiment. If we don’t welcome people like this into our communities and empower his dream of making an impact with his life, then we’re not the country we tell ourselves we are.”

Norton’s fundraiser repurposes the story of The Scientist to reflect Stanton’s signature style. Craig Newmark of craigconnects, encouraged donors by offering an additional $10,000 in matching funds to the campaign. Newmark wrote in an article submitted to the Huffington Post:

“Folks, I know many of you follow Brandon Stanton’s Humans of New York (HONY) initiative. Brandon returned from a trip to Jordan and Turkey, where he interviewed twelve Syrian families that will be living in the U.S. These families have been through a lot of hardship. Since Friday night my team and I have been working with Crowdrise to raise money to support one of these families as they still face tough times ahead. I’m matching the next $10,000 donated. 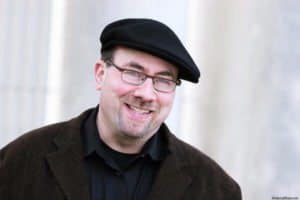 “The deal is, if you can spare a few bucks you will really be helping people like this who lost his wife and daughter when a missile tore through the house that he built for them in Syria. This father [featured above] is also battling stomach cancer and has not been able to afford treatment due to lack of health insurance.

“As Edward said, 100% of funds raised on Crowdrise “will go directly to this family to help the father get the medical treatment he needs to live and pursue his work, to help his family build a new stable life after their tragedy, and…as the Scientist beautifully expresses…to support his dream of contributing to the world.” 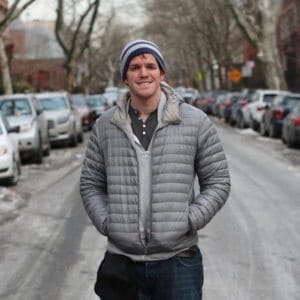 “He [doesn’t] want to die before making a contribution to humanity, and he [feels] that he’s running out of time. While listening to him, I kept imagining how difficult it would be for him to focus on any sort of research while starting a new life in America.Despite his lofty accomplishments [as a scientist], he might have to take whatever job [or two] he could get just to keep up with rent. Hopefully this fundraiser will change that, insuring that he can focus his amazing mind on his dream of changing the world.”

Since its launch, the project has successfully secured nearly $460,000.