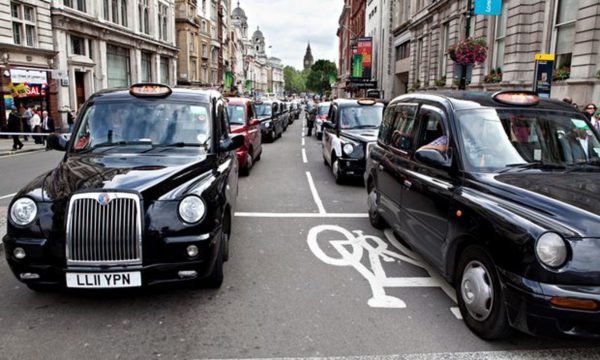 London’s black cabbies have taken to Crowdfunder UK with a mission to secure £600,000 as a way to challenge the Uber’s license to operate in the city. 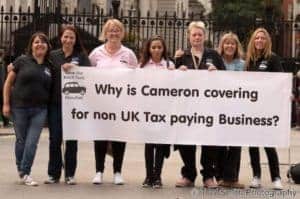 The Action for Cabbies campaign is on a mission to help save the iconic black cab trade and the future of 25,000 cabbies, their families and associated industries.  Its description reads:

“Black cabbies have lost the ability to compete on a level playing field; drivers, their families and the supporting industry have lost significant income – resulting in the need to work significantly longer hours to earn a living.

“The issues relating to the licensing of Uber and its drivers for the public are numerous: public safety due to insurance irregularities, lack of rigorous background checks and limited disabled access – black cabs are the only taxis with 100% disabled access.

“Congestion and air pollution are worse than ever from the increased number of vehicles allowed on London’s roads. Since 2012 when Uber was licensed, London has gone from 8th to 1st place in being Europe’s most congested city.” 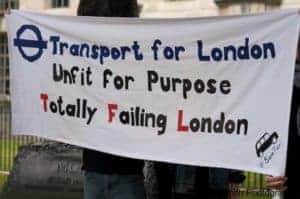 “The team at Rosenblatt Solicitors in conjunction with Thomas Sharpe QC have formed the view that there are sufficient grounds to apply to the Court for permission to bring an application for judicial review against Transport for London (TfL) on the basis that the granting of Uber’s licence to operate was unlawful. The necessary first stage is to ask the Court for this permission. There is no guarantee that the Court will give permission and if it does not the case can go no further. If, however, permission is granted the application would then be heard in open Court with both parties having the right to make their case. It may be that Uber itself would appear in Court too on the basis that it has a vested interest in the outcome and if so they would have the chance also to make their case.”

During a recent interview with TechCrunch, Artemis Mercer, the leader of the black cabbies and even the wife of a cabbie, stated:

“TfL is inept. They really need to stop faffing around. Bringing in new legislation to cap the amount of new licences that they’re issuing — I’m told it’s about nearly 800 a week last week. Touting is going on, there aren’t adequate insurance checks or legal background checks with a lot of these PHV new licences. It’s paramount to public safety that TfL regulates and they’re not doing that. And they’re operating outside their remit by giving licences and creating operators who operate outside the legal framework.

“The legal framework that’s in place has got public safety at the heart of it. And it creates a two tier system between private hire vehicles and black taxis. When TfL issued Uber London a licence in 2012 they effectively created a third tier system — so they went from being a law regulator to a law enforcer and acting outside of their remit. We’re saying that TfL were wrong in their decision to grant Uber a licence.” 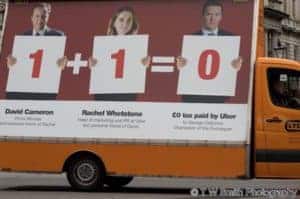 Also discussing why the black cabbies haven’t taken action in the past four years (since Uber became popular in London), Mercer explained:

“I can’t really answer that question. I’m a cabbie’s wife that set up a Facebook group in May last year that’s now got over 20,000 followers between Facebook and Twitter. And this opportunity was given to me to act as a neutral body to bring all the 25,000 cabbies together.”

“The law is already in place they just need to enforce the regulation, We didn’t need to have a consultation to tell us what already needs to be done. Unfortunately because TfL are so inept they’ve let it go on for such a long time and now we need to backtrack to actually put back in place how it should have been in the first place.”

Since its launch, the Action for Cabbies campaign has successfully raised nearly £25,000 from over 450 backers. It is set to close on March 14th.