On Tuesday, award-winning Australian documentary Gayby Baby, announced it was finally getting its theatrical and digital release dates. The film successfully secured over $100,000 through its crowdfunding campaign on Pozible a couple years ago. 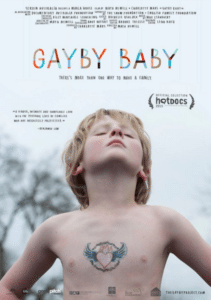 Per its synopsis, Gayby Baby follows the lives of four kids – Gus, Ebony, Matt and Graham – whose parents all happen to be gay. As they each wrestle with personal change, the outside world wrestles with the issue of marriage equality, and whether or not kids of same-sex families are at risk. The film reportedly won best documentary at the 2016 Australian Film Critics Association Awards, became first runner-up for best docu at the 2015 Sydney Film Festival and was even nominated for a 2016 AACTA Award for best feature-length documentary.

According to Variety, startup production studio, Supergravity Pictures, has acquired rights to the film and the release is in partnership with Heard Well, the music label co-founded by YouTube star Connor Franta.

Speaking about the film, Franta stated:

“This film is so powerful. It sheds a new light on same-sex parenting through a unique perspective and unlikely voice, children. I am honored to be a part of this movement via ‘Gayby Baby’ and help bring this important message to the masses through thoughtful soundtrack curation and marketing.”

“Supergravity is honored to bring this groundbreaking documentary to audiences across the globe and help amplify the conversation around family equality. We are taking a very hands-on approach in building a groundswell of support around the film’s release in theaters and on screens of all sizes.”

“We made ‘Gayby Baby’ because even though families like mine are not featured on billboards, gayby children have existed for generations and have a unique perspective on the world.”

Gayby Baby will be screened more than 50 cities in the U.S. and elsewhere starting April 1st. It will be released on digital video services on May 1st, which is International Family Equality Day.

Check out the official trailer below.