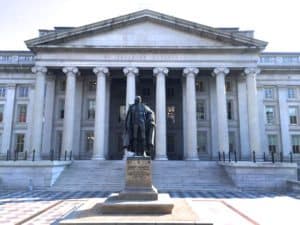 Last week Crowdfund Insider reported that the Financial Crimes Enforcement Network (FinCEN), an arm of the Department of Treasury, had published a proposed rule change that will impact the nascent investment crowdfunding industry. The proposed change will require funding portals to adhere to the Bank Secrecy Act regulations that is intended to help prevent money laundering, terrorist financing, and other types of financial crimes.

Funding Portals were created under the JOBS Act of 2012. The new form of financial intermediary was viewed as a more streamlined vehicle to facilitate investment crowdfunding.  The creation was designed to avoid some of the more cumbersome rules demanded of broker deals. After a few days to ingest the proposal, some within the industry are not pleased.

“This will kill crowdfunding portals. AML compliance is very expensive and portals are prohibited from holding customer funds, so it is duplicative, unnecessary and wrong-headed”

The proposed changes are now live on the Federal Register.  Comments from interested parties are being accepted until June 3, 2016. FinCEN will make all comments publicly available by posting them on http://www.regulations.gov.