Honeyfund, a crowdfunding platform dedicated to honeymoons, announced on Thursday that not only is it celebrating its 10th birthday, it is also debuting its new mobile app.

“Honeyfund was launched in 2006 after founders Sara and Josh Margulis discovered their own wedding guests enthusiastically preferred giving experiences and memories over housewares. As they prepared for their own wedding, they could not find a service that met their needs, so they created a simple page for family and friends to contribute to their dream honeymoon in Fiji. Today, Honeyfund is the #7 most-used wedding registry in the U.S. In 2014, the Margulises appeared on ABC’s Shark Tank and won a deal with Kevin O’Leary, aka ‘Mr. Wonderful.’ They have used the investment to expand Honeyfund’s universal registry capabilities, including all types of wedding gifts such as charity, home-down-payments and indeed anything on the web. In 2015, the company partnered with the nation’s top retail registries to offer one-stop giving. With the addition of Fondo de Miel, the Spanish-language Honeyfund, wedding couples and guests in 17 Latin American countries can now use the Honeyfund platform.” 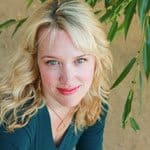 “It’s mind blowing to see how much Honeyfund has grown over the last ten years. As the practice of both crowdfunding and giving experiences has exploded this century, we are continually humbled to be playing a role in pioneering this space. We have worked hard to develop an app that delights Honeyfund couples and their wedding guests, while exceeding their needs. To share it with the world on our tenth anniversary is incredibly rewarding for our entire team.”