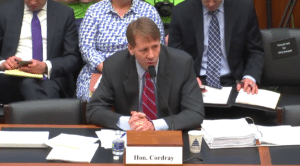 The Consumer Financial Protection Bureau (CFPB) filed suit in federal court against co-founders who allegedly sold consumer loan applications without appropriate safeguards.  The loans were said to be sold containing sensitive personal data without assessing the sources of the leads nor the purchasers they sold them to. The CFPB claimed that Dmitry Fomichev and Davit Gasparyan (aka David Gasparyan) co-founded and operated T3Leads, a lead aggregator that bought and sold payday and installment loan applications without properly vetting buyers and sellers. The CFPB filed a separate lawsuit against Burbank, California-based T3Leads and two other individuals in December 2015. T3Leads is said to be owned by Grigor and Marina Demirchyan.

CFPB Director Richard Cordray said,“T3Leads steered consumers toward bad deals with lenders it didn’t vet and with no regard for how the consumers’ information would be used. This is a reminder to the middlemen who buy and sell consumer loan applications: if you engage in this type of conduct, you risk the consequences for harming people.”

The CFPB alleges that T3Leads bought leads and then resold them without regard for the promises lead generators made to consumers, or for how the borrowers’ information would be used. Buyers of leads from T3Leads include lenders tied to Indian tribes or based in foreign jurisdictions. The CFPB states these lenders often “skirt state laws and deny the jurisdiction of U.S. courts”.

The CFPB alleges that “T3Leads did not vet or monitor its lead buyers, exploited consumers’ lack of understanding of the risks, costs, and conditions of the loans applied for, and put consumer information at risk of being trafficked for illegal purposes.” The CFPB believes the actions violated the Dodd-Frank Wall Street Reform and Consumer Protection Act.