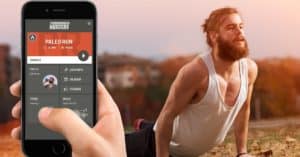 Mammoth Hunters has completed its second investment crowdfunding round on Crowdcube Spain raising € 300,000 from 231 investors.  According to information provided by Crowdcube, 53 of these investors returned to finance the company once again. Mammoth first raised capital on the platform in 2015, raising € 189,400 The company returned to Crowdcube for a follow-on funding round.

Mammoth is a personal health and training App that is based on the Paleo movement.  On the Mammoth site, the creators explain;

“Humans have lived for thousands of years in environmental conditions very different to the current one … Archaeological and anthropological data indicates that our pre-farming ancestors did not suffer a large part of modern plagues such as obesity, cancer and cardiovascular and autoimmune illnesses..”

Mammoth creates a structured environment to combine Paleo eating habits with vigorous exercise. Today, over 180,000 users from all over the world who, use the virtual consultant to assist with very short and effective training sessions, from anywhere, while following an online personalized nutrition program that supplements the exercise program. The recent entry into the US market has helped drive platform growth with over 50% of the users based in the US today.

Mammoth Hunters is the creation of a team in Spain led by Oriol Roda who has a PhD in molecular biology and an MBA from ESADE.  The additional capital will be used to expand the Mammoth App to other markets, especially Latin America.