Crowdfunding platform YouCaring announced on Wednesday it has formed a partnership with Major League Baseball (MLB) to bring crowdfunding to the Big Leagues. According to the funding portal, through the partnership, MLB, its Clubs, and its players will have the ability to set up crowdfunding campaigns on behalf of individuals and charities they support. 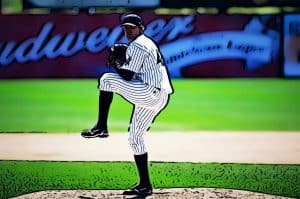 “Major League Baseball has an incredible ability to harness the power of its brands to do good for the communities it serves, all over the world. Whether it’s for disaster relief crowdfunding or helping a longtime fan fight cancer, YouCaring is here to serve that spectrum of needs. We couldn’t be more excited to partner with MLB to help accelerate that work.”

“Crowdfunding provides the unique ability for people to come together in support of individuals, groups and causes they care about. Partnering with YouCaring gives us a great opportunity to engage our fans, Clubs and players in a new way that gives back to our communities.”

YouCaring, is a Certified B Corporation based out of San Francisco. Since its launch in 2011, the crowdfunding platform has raised $800 million from eight million donors around the world. Unlike other funding sites, YouCaring does not charge fundraisers a fee to raise money on the platform and relies on voluntary donations from donors to fund operations and keep the platform free for fundraisers. In March 2016, YouCaring acquired GiveForward, another pioneer in the crowdfunding space, to further expand its fundraising and donor reach.