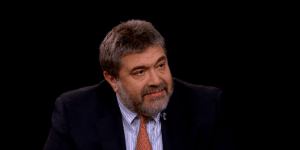 Asia is hot when it comes to technology. Perhaps more so regarding Fintech as it is the largest internet finance market in the world. Israel is globally known as the Innovation Nation. Global equity crowdfunding platform OurCrowd is helping to boost the Israel – China relationship, most recently with a new fund.

Speaking on CNBC Asia, OurCrowd co-founder and CEO Jon Medved told the audience that increasingly Israel and OurCrowd is focusing on Asia.

Medved explained that OurCrowd is launching a new fund to allow Chinese, and other investors, to invest in Israeli startups. “We are going to be focusing on the China market,” stated Medved. He noted that OurCrowd has already established strong relationships with both Europe and the US. “Ties with China have never been so strong,” said Medved.

“Last year’s $5 billion invested in about 1000 Israeli venture backed companies, about a billion of that came from China.”