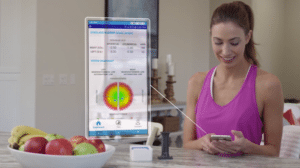 “Contributing to a campaign on Indiegogo is much more than a simple transaction. It’s a pledge of support and the beginning of an exciting journey. Never before have consumers been able to see behind the scenes into the entrepreneurial journey. Everyday on Indiegogo, thousands of people come together to bring innovative ideas to life. While entrepreneurs are turning those ideas into real products, backers get to provide feedback in real time for an even better finished product.”

The following products will be shipping this month: