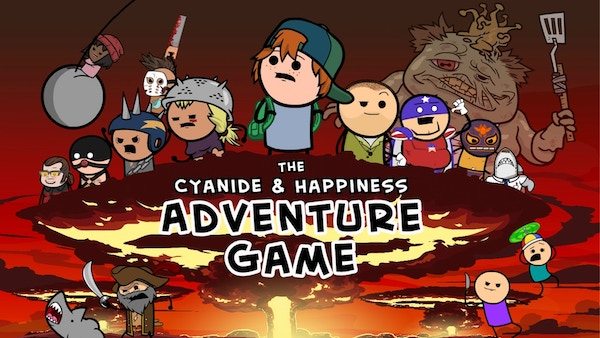 Less than a year and a half after securing $3,246,588 for its hit game Joking Hazard, hilarious comic content website, Cyanide & Happiness has returned to reward-based crowdfunding platform Kickstarter to raise $300,000 for its new video game project, Adventure Game. 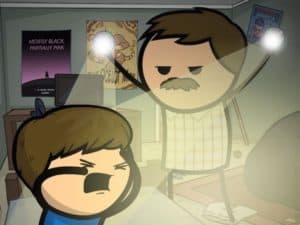 While sharing details about the new game, the Cyanide & Happiness team stated:

“This is a first for us at C&H but something we’ve been thinking about for a loooong, loooooooooooong time. The Adventure Game (we’re still working on the title) will be a throwback to some of our favorite point and click adventure games like The Secret of Monkey Island or Grim Fandango, with a C&H twist of course. The game will also happen within the entire C&H universe, which means for the first time you’ll get to interact with everyone from Ted Bear and Shark Dad, to the Star Spangled Bastard and mayyyyybe the Purple Shirted Eye Stabber. Who knows? WHO KNOWS? (We do, but we’re not telling. Because we’re evil).”

The Cyanide & Happiness crew also revealed that the game will be released on PC to start, and as the campaign hits additional stretch goals, they will expand platform support and you’ll get your choice the of platform once the initiative is closed. The game is currently available for purchase on Kickstarter starting at $20, with a delivery date being December 2018.

Since its launch on Tuesday, the campaign has successfully raised over $200,000 from more than 6,650 backers. It is set to close on October 5th.