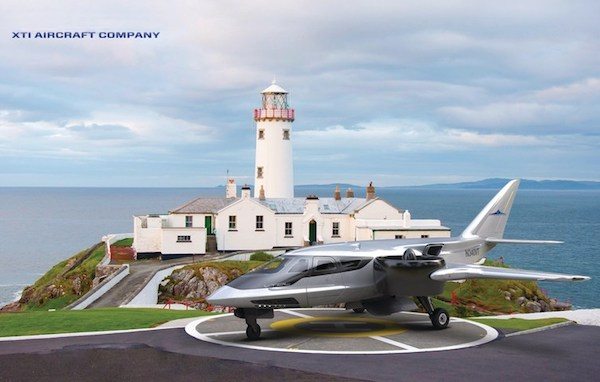 XTI Aircraft Company (XTI) announced on Wednesday it received several additional orders and deposits for the TriFan 600 aircraft from customers under its pre-sales program. As previously reported, XTI is currently working on the aircraft called, the TriFan, which is described as a six-seat aircraft that will have the speed, range, and comfort of a luxury business aircraft and the abilities to take off and land vertically, much like a helicopter. 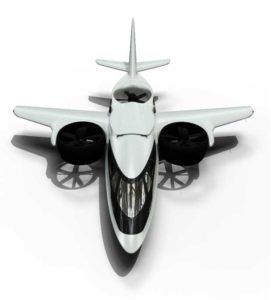 The company also noted that the TriFan, if it gets made, expects to be able to fly at over 300 miles an hour, with a range of 1,200 miles. Its two wing fans also rotate forward for notably seamless transition to cruise speed and its initial climb. It will reach 30,000 feet in just 10 minutes. XTI officially launched its prototype program at this year’s NBAA trade show in Las Vegas. Speaking about the new orders, Robert LaBelle, CEO of XTI, stated:

“We’re pleased with the strong interest that we received at NBAA’s 2017 Business Aviation Convention. These are serious buyers who reserved a priority number for the eventual commercial production of the TriFan 600.  We’re focused on that goal.”

XTI announced its first orders for the TriFan 600 under the company’s pre-sales program earlier this summer. LaBelle explained: 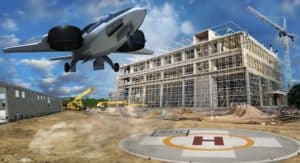 “With these new orders at NBAA, it’s clear that the market continues to recognize the value proposition of our unique and revolutionary airplane and its patented technology. Vertical takeoff combined with long-range, the speed and comfort of a business aircraft, and our quieter and cleaner state-of-the-art hybrid-electric propulsion system.”

The news that XTI is taking new orders for the TriFan comes less than two months after the company launched its latest equity crowdfunding campaign on StartEngine. The company is now seeking $20 million through the funding round. According to the Offering Circular, the company still needs a minimum of $400 million in total funds so it has a long way to go before it can start selling TriFans. This is the third crowdfunding campaign for XTI, with the previous funding round securing less than $1 million. As for use of any raised funds, XTI explains the current round as a best effort offering and uses the example of raising $3 million. If they raise this amount, the net proceeds will be approximately $2,675,000 after deducting estimated offering expenses of $325,000. The rest of the money would be divided between $1,175,000 on engineering, approximately $750,000 million on additional fundraising efforts and approximately $750,000 for working capital.

XTI also has some significant competition seeking to commercialize their own vertical take off aircrafts including Germany-based Lilium, which is backed by Skype co-founder Niklas Zennström, and Larry Page’s electric VTOL aircraft. XTI does not expect to generate any revenue until after receiving FAA certification for the TriFan 600 which may not come until 2022 or later.