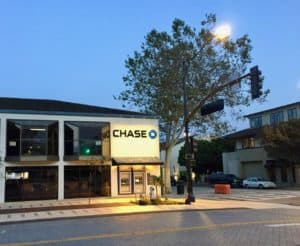 JPMorgan Chase has dropped their hat in the arena of digital only challenger banks by launching “FINN by Chase“. The online bank is oddly only available in St. Louis but JPM says it will be rolling out across the country over the coming months. FINN is part of the Chase bag of tricks as this is the consumer banking portion of JPM.

Thasunda Duckett, CEO of Consumer Banking at Chase,  commented on the launch;

“We continue to invest in technology that makes banking easier for our customers, and gives them the confidence they need for their financial future. Finn is yet another way we’re innovating for millennials by designing a product that lets them spend and save on their terms.”

By signing up for FINN users also get access to the gazillions of Chase ATMs that are scattered around the country which is a nice addition. The bigger question is can FINN compete with the emerging digital only challengers such as Varo or the forthcoming launch of Revolut – expected at some point next year.

One thing FINN / Chase has going for the platform are the deep pockets of the mother ship. But this same mothership is programmed to kill what challenges it so a big question is can JPM disrupt itself.  Better services for a lower cost thus undermining the painful process of visiting a Chase bank brick and mortar location where all of those employees try to appear to be working? That’s the real question.