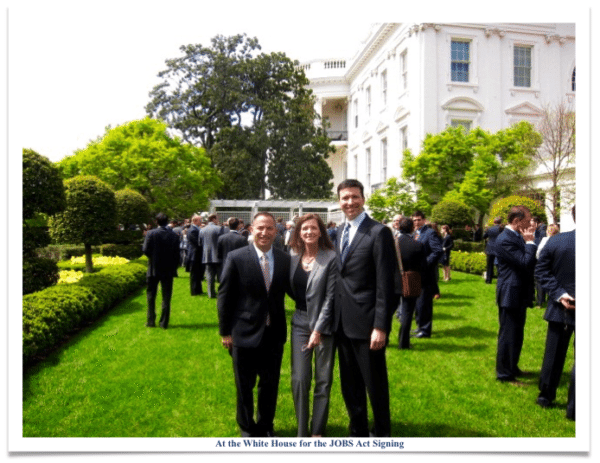 Karen Kerrigan, the CEO and President of the Small Business Entrepreneurship Council (SBE Council) has received a “Crowdfundie Award” at the 6th Annual Global Crowdfunding Convention (GCC) held in Las Vegas this week. Kerrigan attended GCC speaking on the topic of taking equity crowdfunding to the next level.

Kerrigan has been a consistent advocate for small business and investment crowdfunding in general. An early supporter of the JOBS Act, Kerrigan was present when President Obama signed the bill into law in recognition of her work to enact crowdfunding rules. Beyond crowdfunding, Kerrigan, and the SBE Council in general, are important advocates for rational policies that support entrepreneurship and SMEs.

“The crowdfunding community is very optimistic, and they are passionate about educating people and entrepreneurs about the power and opportunity of raising capital with investors who want to help startups and small businesses succeed. It was an honor to present at this conference and to be recognized among peers I highly respect. I especially thank Ruth Hedges for organizing this annual event and for her strong advocacy and support of crowdfunding,” commented Kerrigan.

During GCC 2017, Kerrigan addressed some key points about the state of regulated crowdfunding: