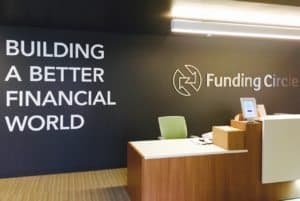 Funding Circle, the UK based online lender focusing on SMEs, has topped an important milestone having surpassed £3 billion on lending since launch in 2010.  Funding Circle has been rather quiet on the accomplishment beyond noting it on their UK home page where it states 30,986 UK businesses have financed their goals by borrowing £3 billion through Funding Circle via 43,300 loans from 72,000+ investors. The number that is truly important is that Funding Circle has helped to facilitate approximately 40,000 new jobs. That is where the impact is brought home for the UK economy.

According to a recent post on P2PBanking, Funding Circle claims the title of the largest peer to peer lender in the UK (and Europe for that matter) ahead of both Zopa and RateSetter. For comparison sake, Zopa originated €120.5 million in November. Funding Circle facilitated €147.7 million the same month.

Funding Circle reported a loss of £35.7m for fiscal 2016 – a slight improvement over year prior (2015: £36.9 million. Funding Circle’s UK business was cashflow positive in Q4 2016 and has continued to generate positive cashflow through the first half of 2017, according to the company.

Funding Circle operates in the UK, the US, Germany and the Netherlands with the UK being the largest part of their business. In the UK, Funding Circle offers SME loans from £5000 to £500,000. Investors may earn approximately 7.5% a year – depending on loan performance.