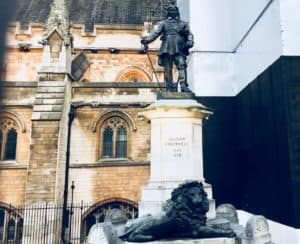 The Exiting the European Union Committee, appointed by the House of Commons to examine the process of the Department for Exiting the European Union , released a grouping of documents from the Department today.  As one may expect, the slew of reports addressed certain aspects regarding ramifications of the UK’s departure from Europe. The “Written Evidence” included a diverse range of industry sectors from Aerospace to Agriculture and Retail to Real Estate.  One specific report is of note as it addresses the topic of Financial Innovation.

The Fintech sector is of strategic importance for the UK economy. Its rapid growth, encouraged by demand and a forward looking regulatory approach, now supports tens of thousands of jobs generating billions of pounds in revenue. Fintech, a global phenomena, is growing quickly in the UK and the country is a recognized as the leading international hub for financial innovation. It is encouraging the Department recognizes Fintech as sufficiently important not to aggregate it with more traditional finance.

The Fintech Sector Report highlights the current regulatory regime in the EU and how cross border transactions take place between continental Europe and the UK. The document describes Fintech as covering four different categories:

The report notes that a current EU wide regulator approach for Fintech does not exist. Emerging digital financial firms are regulated just like any other traditional financial business even while Europe considers a pan-European approach.

The UK, on the other hand, has encouraged Fintech development with specific bespoke rules. While the list could be longer, the Commons report points to the Financial Conduct Authority’s Project Innovate and the Bank of England’s Fintech accelerator program.

So what happens with Fintech when the UK separates from Brussels? How are cross border transactions to be handled? It is an important question to ask. The report states there is a baseline understanding in place by the World Trade Organization that incorporates all forms of finance and not just Fintech. Examples include bilateral agreements with South Korea and Canada.

And what about the Government’s view on this sector? Good question. Just like all of the other 38 sector reports, the Government has asked the sector views be redacted on the grounds that it was “commercially, market or negotiation sensitive.” Perhaps at a later date then.

The Fintech report is embedded below.