Chinese peer-to-peer lending platform Dianrong announced on Tuesday it secured $70 million during its Series D funding round, which was led by ORIX Asia Capital with participation from CLSA, the overseas platform of CITIC Securities. While sharing details about the latest investment, Soul Htite, Founder and Executive Chairman of Dianrong, stated: 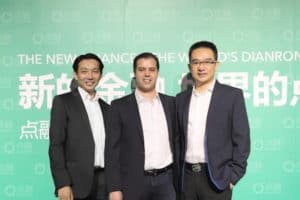 “ORIX is an amazing company with global reach and a proven commitment to innovation and value creation. We are thrilled to welcome them to Dianrong and look forward to working together to further leverage fintech to better serve the financial needs of small businesses in China and across the region. CLSA is connected to some of the most dynamic companies in Asia and has a growing interest in supporting China’sfintech sector to expand its capabilities. Dianrong shares this commitment and we look forward to working together to help more small enterprises leverage fintech to grow and succeed.”

“Dianrong is at the frontiers of fintech and we are delighted to be part of their journey. Spanning from credit to leasing, ORIX has established its presence in the financial industry since 1964 and has accumulated significant knowledge and a far-reaching business network around the world. Beyond the investment, ORIX is looking forward to collaborating with Dianrong in China and emerging Asia.”

The online lender added that the latest investment follows its $220 million of Series D round funding in August 2017 that was led by GIC Private Limited. In 2015, Dianrong completed its Series C funding round of $207 million that was led by Standard Chartered Private Equity.