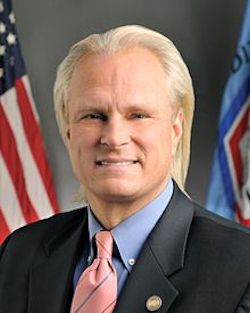 Bart Chilton, a former Commissioner at the Commodity Futures Trading Commission (CFTC) from 2007 to 2014, has signed up to advise Omega One, an offshoot of Consensys.

Omega One is on a mission to build a bridge between traditional markets and digital assets by improving liquidity and security in digital asset trading. While they are not alone in this endeavor as other cryptocurrency platforms are seeking to do the same, they will be an early entrant in launching a regulated platform and perhaps well positioned to thrive.

Omega One says that while cryptocurrency markets have experienced a rapid increase in valuations and average daily trading volume, this rapid growth is “stressing the crypto markets.” They want to be the platform to address this dilemma as digital assets become more commonplace.

Meanwhile, regulators are revving up their enforcement engines looking to gun for unregulated entities that facilitate digital currency offerings. Soon, every issuer will need to be associated with a compliant and regulated exchange and launch platform. By enlisting Chilton as an advisor, Omega One receives a valuable inside the beltway perspective, specifically adding insight into one of the two most important regulatory agencies in the crypto space – the CFTC. Chilton is expected to advise Omega One on compliance, and work with Omega One to “raise the prospects for meaningful and effective industry self-policing and regulatory engagement.”

Chilton is not the only high profile Advisor as Omega One boasts several Wall Street veterans on their Advisory Board.

Omega One initially expected to launch their initial coin offering (ICO) in 2017. But the crowdsale has been pushed back until mid 2018 following the launch of its product. If you are interested in additional information you may join their Telegram channel here. The most recent White Paper is available here.

“Omega One, while embracing transparency and right-sized regulation, is poised to be a long-awaited leader and definitive disruptor in digital trading,” said Chilton on the announcement of his appointment.