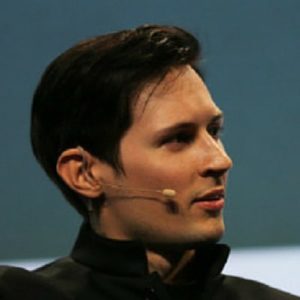 Telegram or “TON Issuer Inc,” (TON = Telegram Open Network) has filed a Form D with the Securities and Exchange Commission indicating Telegram has raised $850 million making it the largest initial coin offering ever. The date of the first sale was on January 29, 2018. The filing indicated that Telegram may pursue one or more subsequent offerings, in which case a new or amended Form D will be filed – so this one could go even higher. The security is a “purchase agreements for cryptocurrency.”

As previously reported, Telegram, founded by Pavol Durov, has been working on an ICO for months. Telegram has become one of the most popular social networks in the world going from zero to over 180 million users in the blink of an eye. For ICO / Cryptocurrency investors, Telegram is the go to location for all news and discussions regarding their preferred cryptocurrency. The simple to use and lightening fast platform is used by ever single credible ICO in existence.

Durov, who initially made a considerable amount of money by launching VK – Russia’s largest social network, has since moved to Dubai where has built Telegram’s massive network. Some time ago, there was a roadmap leak indicating the development of a token ready service. The same leak indicated a TON wallet is expected for later in 2018. The Form D indicates that Telegram intends to use the proceeds for the development of the TON Blockchain, the development and maintenance of Telegram Messenger and the other purposes described in the offering materials.

Telegram is still very much a young, evolving platform. An $850 million ICO is not out of whack when you compare the user metric to other widely known social media acquisitions. WhatsApp was acquired for $55 per user. Telegram is growing rapidly so a billion dollar plus valuation starts to look pretty conservative.

Telegram is back in the AppStore after being absent there since midnight CET.

Check out yesterday’s update for both platforms: https://t.co/AVsELnpOGK