Wanchain, a distributed financial infrastructure powered by cross-blockchain smart contracts with privacy protection, announced last week it has teamed with various Austin companies to form the Austin Blockchain Collective (ABC), which has a mission to advance blockchain-based education to the local community and grow the ecosystem and will engage with policymakers as it strives to advance Austin as a hub for blockchain innovation.

While sharing more details about the hub, Dustin Byington, President of Wanchain and Executive Committee Member of ABC, stated:

“The founding participants of the Austin Blockchain Collective recognize the value of a thriving local blockchain ecosystem. Bringing Austin’s blockchain builders and businesses together is a foundational step towards making Austin the global blockchain force we know it can be.” 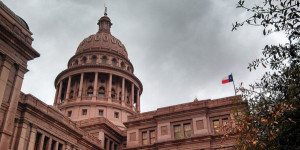 Pete Harris, Principal of Lighthouse Partners and Executive Director of ABC, then commented:

Austin has significant blockchain activity. The next step is to coordinate our efforts into a singular force that makes Austin a blockchain hub of international significance. The collective will increase community engagement with blockchain technology and cryptocurrencies, growing a network of peers who will galvanize Austin’s leadership in the crypto space.”

“Blockchain is currently in its infancy and innovation is required for it to fulfill its expectations. Forming the Austin Blockchain Collective—much like Capital Factory’s Blockchain $100,000 Challenge—puts our money where our mouth is and supports the local blockchain ecosystem. It brings together the best minds and showcases our leadership capabilities to the world.”