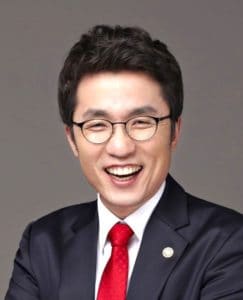 Singapore based Fintech Hub LATTICE80 has enlisted Sang Min Kim to the company’s Board of Advisors. Kim was previously a Senator in South Korea and interestingly a committee member of the National Policy Committee overseeing regulatory bodies. Kim was the youngest senator in the ruling party, Liberty Korea Party during the last presidency. Kim also spearheaded the Committee for Financial Innovation.

LATTICE80 opened up its first Fintech hub in 2016 and has since expanded its reach and physical locations around the world. Its’ mission is to build an ecosystem to connect governments, financial institutions / corporates and Fintech startups. LATTICE80 believes that to support this ecosystem, having experienced advisors on board will bring new perspectives to the team.

Previously, LATTICE80 had announced its intent to launch an initial coin offering (ICO), while details are not yet available LATTICE80 indicates that private sales will commence soon. Adding a prominent advisor to the Board of Advisors will certainly help with the overall credibility of the offer.

Joe Seunghyun Cho, Founding CEO of LATTICE80 and Chairman of Marvelstone Group, said they were happy to have Kim on board as he will bring keen perspective into innovations in finance as South Korea has become one of the most important cryptocurrency markets and users of Blockchain in the world.

“His knowledge and experience will be a great help to guide LATTICE80 to expand globally,” said Joe Seunghyun Cho

Kim said he is very excited to join LATTICE80 to build an ecosystem to connect Fintech and Blockchain startups globally.

“I look forward to build partnerships with regulators and central banks to develop case studies for the industry to adopt new innovations.”